n Song celebrates female beauty and sensuality in painting, while adhering to the blue laws that prohibit nudity in publicly displayed art. Three large triptychs depict mermaids performing music, song, and dance, like updated versions of classical muses. The sirens are sexy, but, unlike their namesakes in Greek mythology who drew sailors to their deaths with their irresistible song, they are playful and joyous rather than dangerous. The performers revel in their own element for the love of it.

The mermaid form embodies the paradox of a society that is at once obsessed with and repelled by displays of sexuality. The fish tail, which was grafted on to the sirens of myth, dispenses with the most troubling part of the female anatomy, and, as a light jab at our Puritanical mores, the figures in the paintings artfully hide nipples behind musical instruments, hands, fins, and lots and lots of Lady Godiva hair.

This mermaid band might show up in an intimate nightclub or jazz venue—all acoustic, of course, because electricity and water don’t mix. The blue in the title refers to the hint of nudity rather than sadness, as well as the ocean environment where they play. (The Upright Bass Player is sold.) 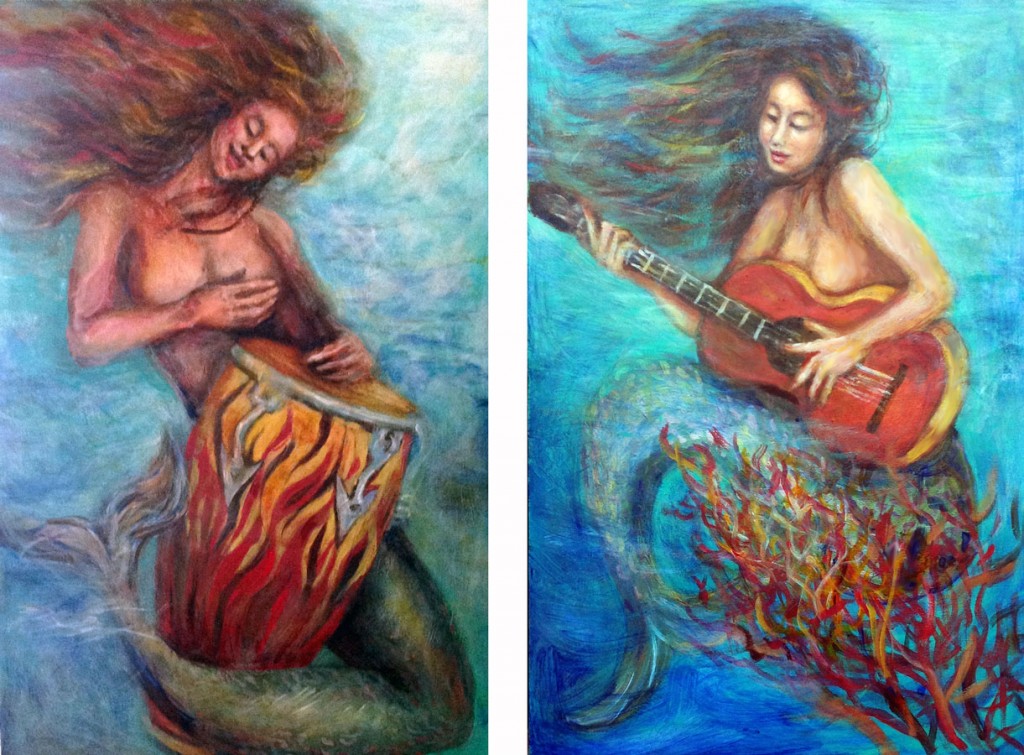 All acoustic, like the Blue Note Band, the Siren Singers draw their powerful voices and hands from opera stars like Leontyne Price and Jessye Norman, their sensitivity from Billie Holiday, their metallic fish tails from the sequined gowns of the Supremes, and idyllic beauty from Iman and Beyonce.